What inspired your character?

Out of Character chatter and the section rules/announcements.
Post Reply
16 posts

For Martyr, she started in a rp that really fit taking a video game/table top rpg class and making it into my own character inspirations being
Hunter the Reckoning specifically Martyr
Bloodrayne 2 specifically the guns she uses in the game that feed on blood
And Hack/Slash
No Longer In Use: The Once And Maybe Future Characters
Intermediate: Aliens Nova Hayato Noira Termitaria Ostinia Isabella Masked Tazer
Advanced: D.E.D Ash
Sandbox: Lotus Lotus Cult Lioness Quiver Poison Mango Martyr Baba Yaga Blinded Visionary
Pax: Crimson Lotus
Top

I've always preferred older characters, especially when they're experienced. Most of my favorite characters are "specialists" who are extremely good, if not the best, in their field of work yet who rely on others for things outside of their expertise.

I have a penchant for non-human or only partially human characters because they make the most sense to me on some level when it comes to comicy/fantasy universes. That is to say, I've never been much of a fan of techies and meta-human abilities often come off as random or senseless, so rping a creature that just naturally has unusual abilities tends to sit well with me.

And, of course, I've always favored characters who are very hands-on in combat and who rely mostly on their own bodies as opposed to weapons or emissions in combat.

So I put a little bit of everything I like together... and got Ryoko, I guess, lol
Active Sandbox Characters: Ryoko/ Kore/ Mina

I'll tell you what didn't
It wasn't the dope art to use as a reference
It wasn't from bouncing ideas with that Drake idiot never write with that guy
And it wasn't chatting with Kaija ever about fun simple power sets
Oni-Girl!
D-Earth D3M-ONI-C-GIRL!
Top

Obviously Hawkguy, but also Ultimate Hawkeye. Kind of also Billy Hope and Cliff from Once Upon a Time in Hollywood.
Top 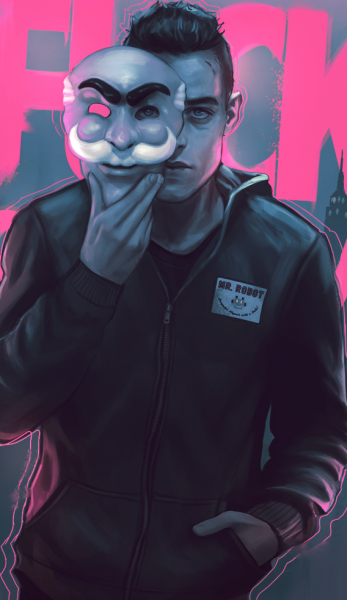 Elliot Alderson (Mr Robot Spoilers ahead): This character was to be honest my gateway into the "split personality" archetype. Normally I was. This kinda showed me a lot about psychological distress and the reasons as to why someone might form say, a split personality or another person being there. They fufill a purpose. This lent itself to Sacha's "big brother". Who exists as a guardian of sorts.

While I make my characters often to be up to interpretation and can't always explain the inner workings of my own mind funny enough, Sacha's big brother functions in a way similar to to the "Mr. Robot" character who accompanies Elliot. Someone who was there to protect her. Comfort her. And temper her own whimsical nature with a sensible degree of caution and foresight she had "left" behind.

I don't write it exactly the same way (Elliot is horribly anti-social for instance), but in many ways the "big brother" personality is simply an extension of Sacha in my headcanon. That slowly sort of "goes away" as it becomes more apart of her mainstream personality. It exists for a reason. 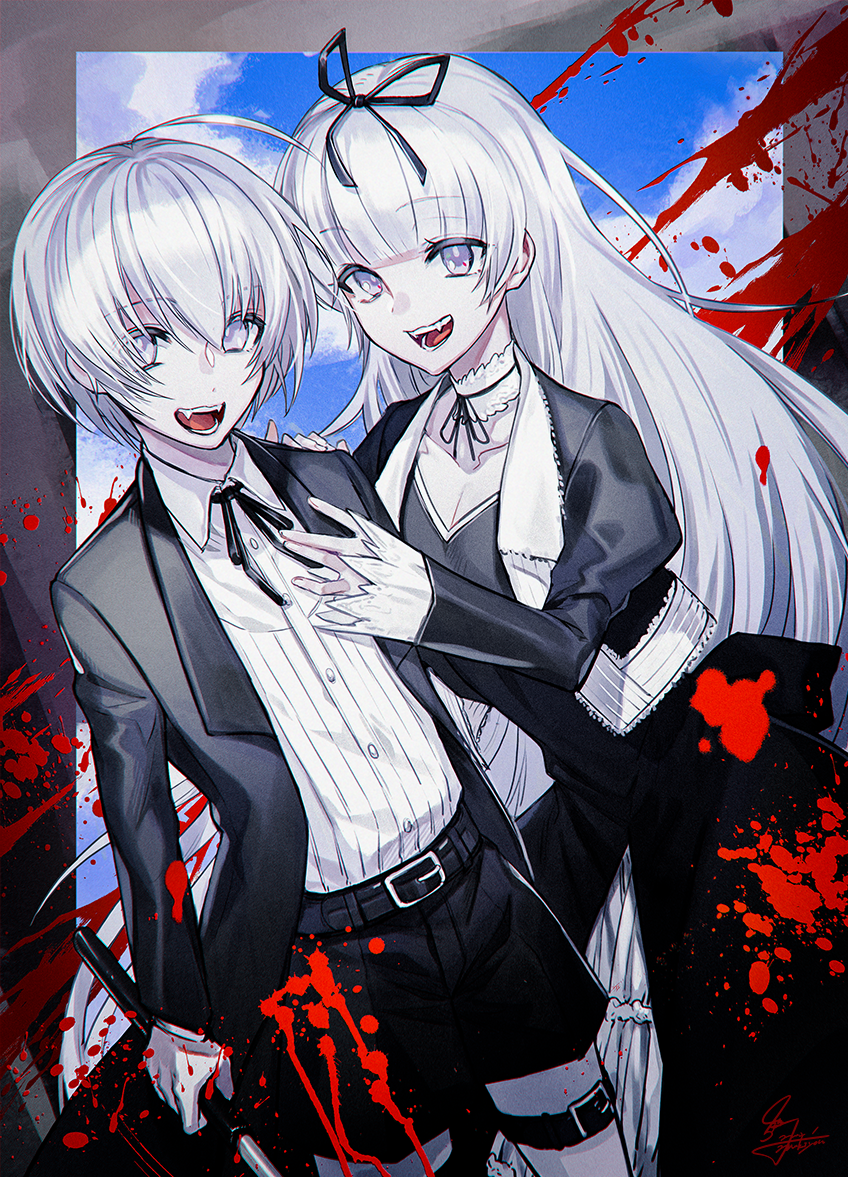 Hansel and Gretel (Black Lagoon): The character my own was originally based on. This set a sort of framework for Sacha's actual personality. A crazy gun toting maniac who almost saw life as a game. Traveling about the only way they knew how -- killing and making enough money to travel around.

The art of this was what made me go with the "brother sister" direction of the alternate personality. It also was what lead me down the path of having Sacha originate from eastern europe, much like the twins who are from Romania. Their origins played a heavy part in shaping Sacha's own, and I ended up making themes of Sacha's own similar.

Rory Mercury: Similar to the twins in personality, Rory I feel kind more so inspired Sacha's "meaning" and themes in a way. I liked a lot of the "grim reaper" symbolism. I wanted Sacha to be a laughing scourge on the battlefield who wiped out her enemies all while wearing a dress as though War was more or less a game.

Much in Rory, I wanted Sacha to be outlandish and silly compared to more realistic looking foes. Who's dress in comparison to most people's body armor and more practical wear is something of a statement.

Harley Quinn: When I initially drafted Sacha I questioned as to how she would interact with people who starkly contrasted her. And so I eventually thought to myself "probably something like Harley Quinn." Someone who would taunt the more serious, ground and larger vigilantes. Toting around even a comically large machine gun rather than a hammer.

Basically Sacha I tend to have serve as a sort of comic relief and contrast to more serious characters as Flint and ODIN.
Sandbox

Return to “OOC and Rules”