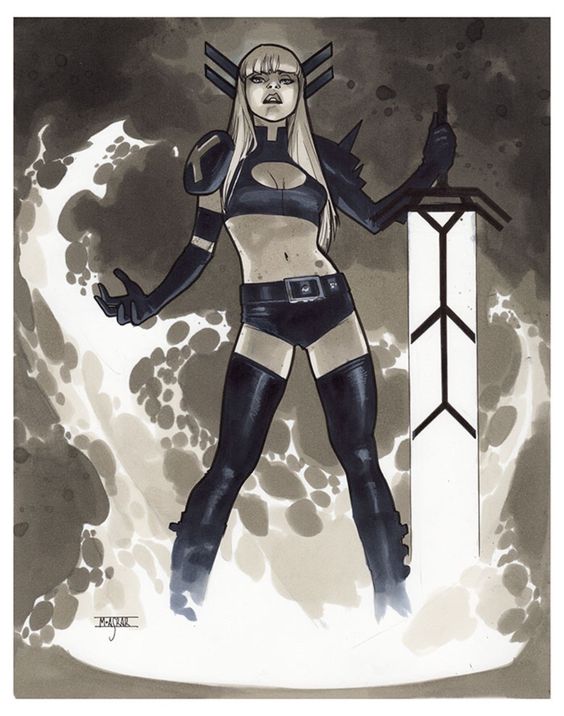 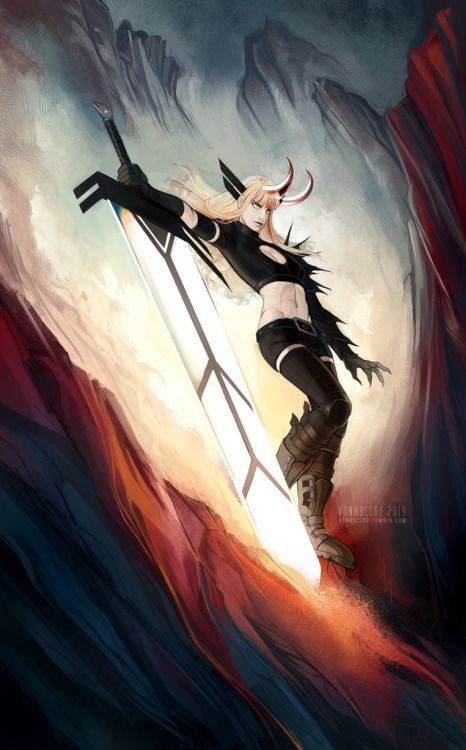 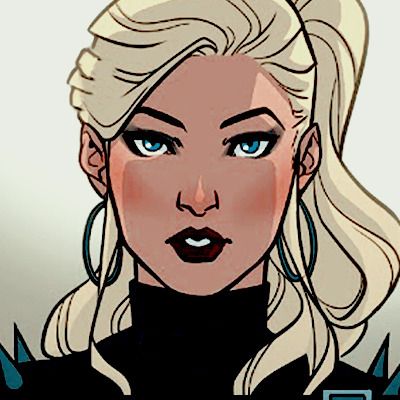 Seiðr(Sedir)
An old forme of Norse magic passed down through the Eilertsen bloodline since 956 AD. Each female member of the bloodline was trained to be an incredibly talented practitioner of Seidr capable of using this ritualistic magic offensively as well as defensively. As they learned the art they would have various runes tattooed across their body, these runes were enchanted to allow Eilertsen women to cast spells. They could divine certain events, call storms, conjure familiars, cast evocation spells, and cast hexes. These were used to fend off the various Fey, Giants, and elves that attempted to track them down and steal Niðingr.

Cᛟᚾᛃᚢᚱᛖ fᚨᛗᛁᛚᛁᚨᚱ-rᚨᚹᛖᚾ
The chosen familiar of the Eilertsen family is the raven. At will they can conjure this raven. While conjured they can choose to forsake their own senses to see, hear, and smell through the bird. They can also undo this effect at will.

Cᛟᚾᛃᚢᚱᛖ fᛚᛟᚲᚲ ᛟᚠ rᚨᚹᛖᚾᛋ
At will they caster conjures a magic circle on the ground and a flock of ravens erupts from it. The caster and any willing creature they choose are then transported to a location the caster has seen before. This also can be used to travel between worlds.

Fᛁᚱᛖᛒᚨᛚᛚ
The caster produces a massive ball of flame that flies from their palm that explodes on contact. This spell is incredibly powerful and has been shown to be capable of leveling small buildings.

Cᚨᛚᛚ lᛁᚷᚺᛏᚾᛁᚾᚷ
The caster calls upon the power of Thor to conjure a storm overhead. From this storm they are capable of raining divine lightning from the heavens down onto their foes.

Wᚨᛚᛚ ᛟᚠ fᛟᚱᚲᛖ
The caster generates a powerful wave of shockwave that radiates 30ft from them. This shockwave rips through what it touches with destructive force rivaling that of a volcanic eruption

Hᛖᚲᛋ mᚨᚷᛁᚲ
The caster possesses access to a large variety of hexes that can be placed on creatures and objects they choose. When using a hex the energy from the spell only affects anything within a 10 ft cone that emanates from the casters palm. Any creature affected by a hex suffers its effects. The types of hexes Vilde can invoke have a wide range of effects including but not limited to draining someone's strength, lowering durability, slowing movement, blindness, deafness, invoking fear, causing illness, falling in love, paralysis, illusion trapping, forced astral separation, drowning, etc.
The stronger the hex, the shorter the effective range.

Pᚱᛟᛏᛖᚲᛏᛁᚹᛖ rᚢᚾᛖ mᚨᚷᛁᚲ
The use of runes for defensive purposes is incredibly relevant when your bloodline is constantly being hunted. Mainly used for warding or trap setting protective runes must be carved into a surface to take effect. They can also be given special conditions such as ‘no fey may breach this barrier’ however they can be destroyed by damaging the rune itself. 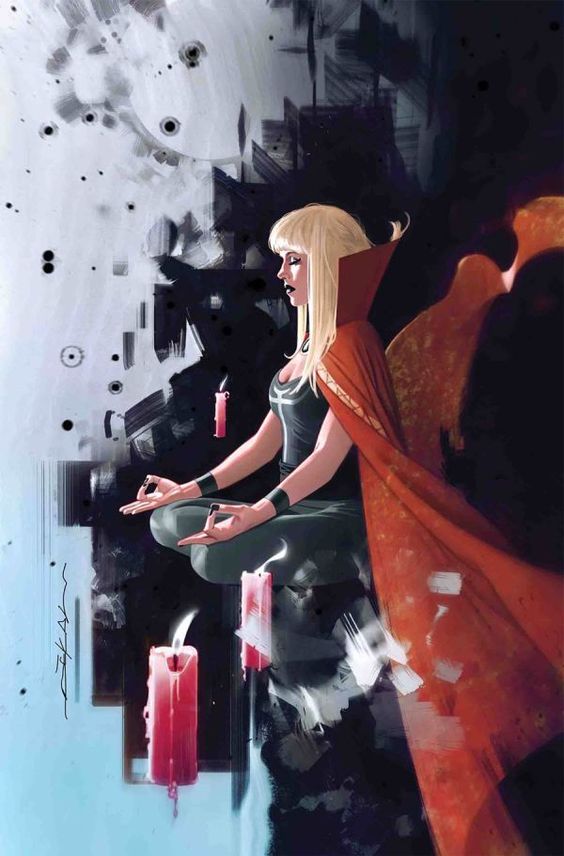 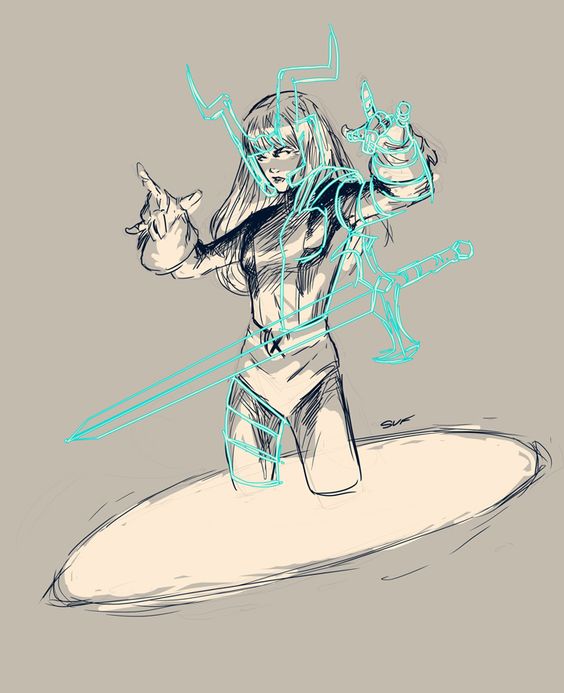 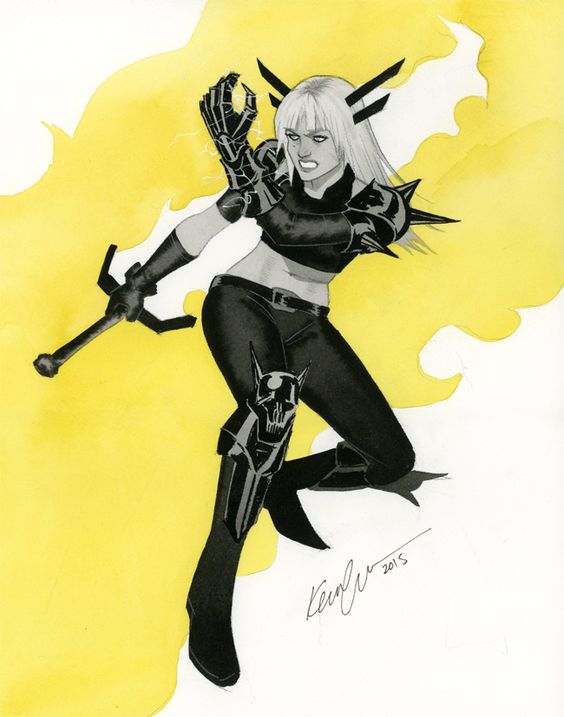 Niðingr (Nithing)
Within the Norse Cosmology there exist Nine known worlds. There also exists a tenth, hidden from all by Odin. This tenth world held the secret to omnipotence and it was a secret the gods feared falling into the wrong hands so, he tasked a Valkyrie with defending it. She swore an oath to never divulge its existence nor to leave her post and for centuries she did.

As time passed and she grew bored she began straying farther and farther from her post. Brief trips into Helheim, then Svartalfheim, and so on. One of her trips lead her into the Faewilds where she encountered a young prince from the court of winter. The two of them had an entanglement that lasted many years until she divulged the secret of her oath to him. This was the last time she ever saw the man she loved. Rather than return alone he sent an army that sought to claim the secrets within this tenth world so, in a last ditch effort, she used her life force to craft a magical barrier that prevented anyone from entering the tenth world. In doing so she gave up her status as a Valkyrie and broke her blade. She used one half to maintain the seal while the other half stayed with her as she fled to Midgard.

The half a blade still possessed by the Valkyries descendants is known as Nithing or Honor Breaker. It serves as a permanent stain on her bloodline. Within the blade is a fraction of her previous power that can only be accessed by a direct descendant who binds their soul to the weapon. Once binded the wielder can speak the weapons command word Holmgang and the blade will draw upon their mana to reforge its edge. The weapon is incredibly large and incredibly heavy making it near impossible to wield for anyone other than the chosen.

This weapon is incapable of being destroyed by conventional means and is capable of cutting through even the most durable materials. Its large size makes it both an effective blade and an effective shield.

The weapon does have a drawback, synonymous with its name. It can only cause real harm to one person chosen at the time of its activation. Until that person is dead the blade instead causes anyone else who would be struck by it to be pushed away. Once the original target is slain, surrenders, or the wielder chooses to deactivate the weapon, by speaking its name, they can elect to begin another Holmgang with a separate target.

When not being wielded the weapon can be kept anywhere and can be summoned by speaking its name. This effect does work across dimensions.

HæfniR (Avenger)
The broken armor of a Valkyrie that, when the blade is summoned, adorns Niðingr’s wielder. This armor, while seeming incredibly ineffective due to the amount of skin that is shown, is also powered by magic. The different pieces are covered in small runes of protection ᛉ that extended the armor to cover the entire with a magical barrier. This barrier protects the wearer from death however, due to the incompleteness of the armor, it does not protect them from pain. While wearing the armor the wearer is incapable of being killed by conventional weaponry and most magical means however, they still feel the pain of the attacks that strike them.

Týr-Hönd (The Hand of Tyr)
An ancient artifact that takes the shape of a gauntlet and is permanently bonded with HæfniR, this gauntlet is forged from the bones of the hand of Tyr that was eaten by Fenrir. This gauntlet grants the wearer infinite endurance so long as they are in combat as well as a fraction of the strength, ferocity, and speed of the Great Wolf Fenrir. It is this strength that allows the wielder of Niðingr to properly handle such a massive blade with grace. 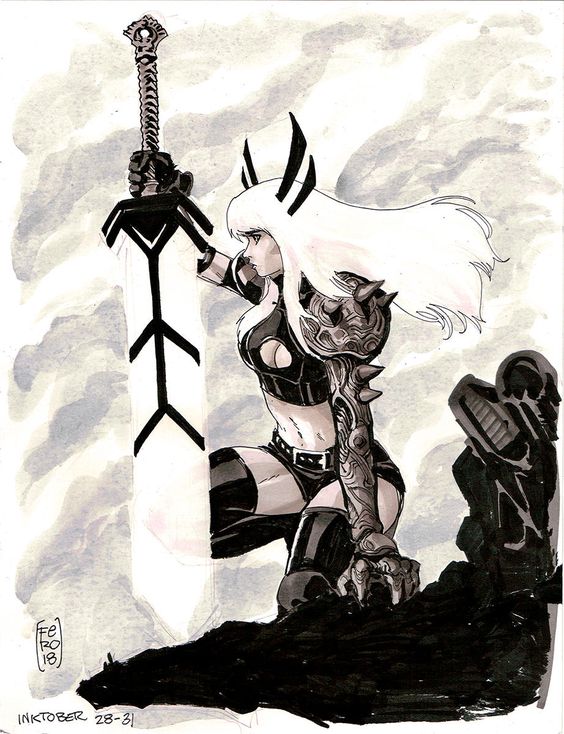 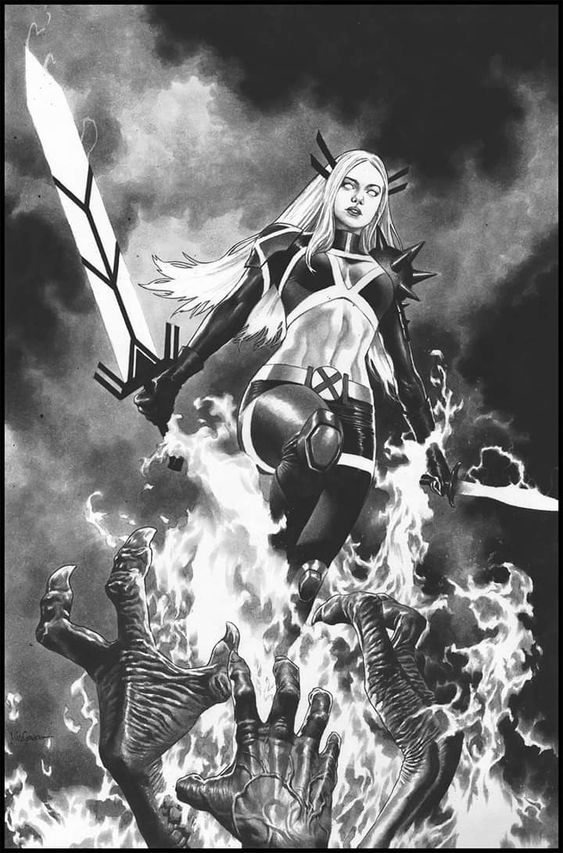 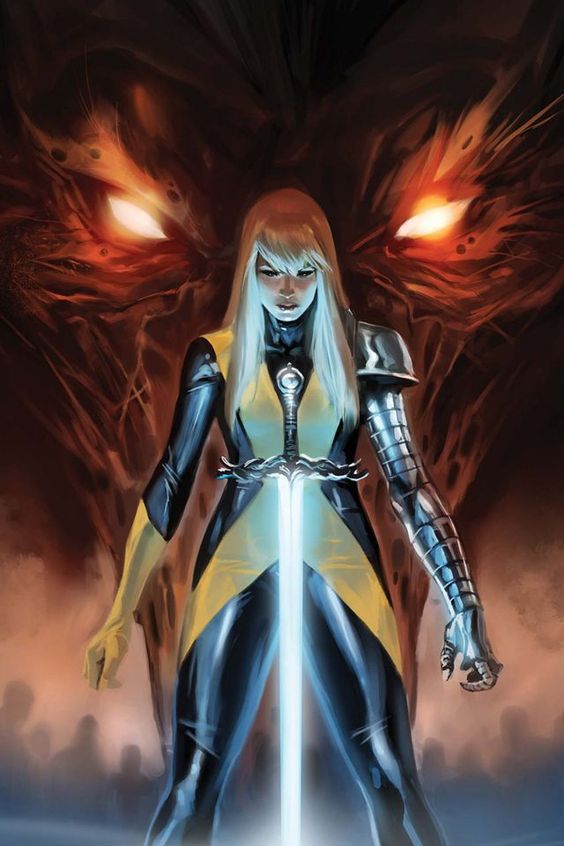