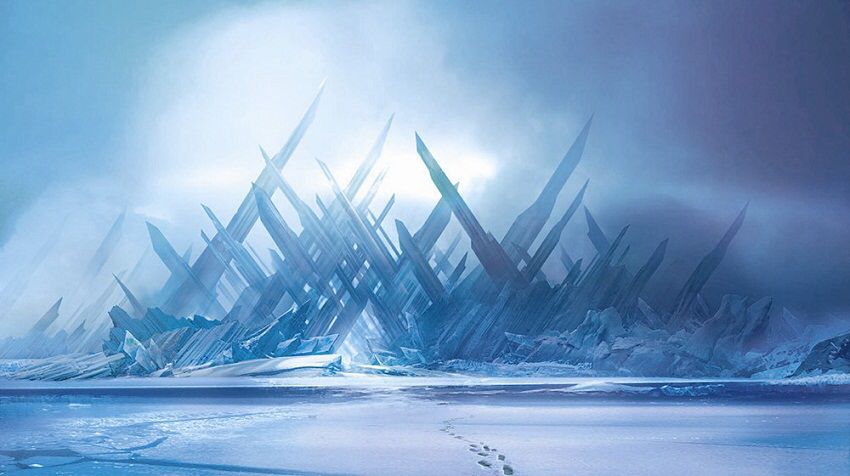 .
„Neither by ship nor on foot would you find
the marvellous road to the assembly of the Hyperboreans“
.
🢖 Available Information 🢔
According to the Greeks, Hyperborea is a fabled land of giants in the North. The mythical healer Abaris lived there. It was home to many a wonder and nary a woe. Naturally, it must me a blatant fantasy?

The truth is that there exists an area within the Arctic Circle that seems devoid of what little life there is. Tagged polar bears and arctic foxes have that are constantly tracked due to poaching analytics seem to just walk around a large, uncharted berth of the cold waste. Several expeditions have been tasked with resolving this mystery already and most of them have been deflected by the uncompromising belt of storms that haunt the area, but there have been some determined enough to see the ordeal through.

Elisabeth Carver, 32, is a dark tourist who undertook an expedition with the goal of finding Hyperborea late last year and actually managed to fight off the inhospitable temperatures and terrain. She was the only one of a team of seven to reach the center of this 'blank space'. Over the course of three weeks after departing, members of her team began suddenly appearing in settlements around the Arctic with signs of unnaturally receding hypothermia. However, Carver herself was found outside the Buenos Aires Lighthouse on Prevot Island -- on the other side of the globe.

She was delirious, cold, dehydrated with signs of receding pneumonia but otherwise stable. Her record states that once the storm broke, she found herself facing a jagged boundary made of brilliant ice or crystals stretching anywhere from 30 to 80 ft into the air. She didn't remember much after that, other than upon approaching the structure it opened up to her with shards folding away to make way for a blinding white light. A silhouette reportedly emerged from this light, took her into it's arms and carried her through a warm, fractal corridor of sharp light before she lost consciousness.