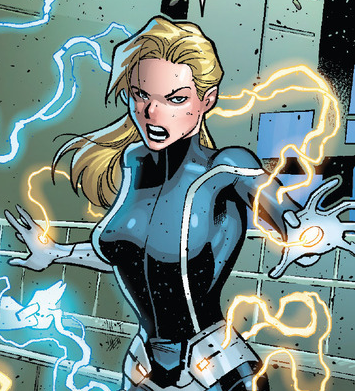 It was not where she wanted to be.

Teja’s breath caught, struggling in a way that had nothing to do with the toxic air she’d breathed in or the scarring of hot ash. There was light, in her eyes. She flinched back, instinctively.

“You all right, there?” A man’s voice. Calm, composed, unfamiliar.

Teja made herself nod, once. Even that was a lie, but it was the one she was supposed to be telling.

“Can you take a few deep breaths for me?”

Another nod, and she made herself follow through. Some of the haze cleared, but the place was still enough to make her shudder.
“Sorry.”
An apology, quiet.
“Hospitals are...”
She trailed off, not exactly sure how she wanted to end that sentence. Unfortunately, the hospital was exactly where she needed to be, and she knew it.

The unfamiliar doctor nodded, consulting a chart. “You had mentioned that, at intake.” Like Alvis Holt, there was no disguising the fact that he knew exactly who she was. A moment of silence, then a subtle inquiry, “You were a soldier for a long time. PTSD?”

Part of her wanted to tell him everything was fine, but... no, it wasn’t, was it? And people were... here. For her. She nodded instead. It hadn’t been her time in the army that had been responsible for her reaction to hospitals, but that wasn’t something that she needed to discuss here.
“I’m seeing someone about it. It’s... helping. A little.”
She was here, wasn’t she? She’d made it that far.

“Good, good.” A note of approval. Teja nodded acceptance of it.

As tempting as it had been to retreat to Empyrean and hole up there, Teja knew she needed the experience of an actual medical professional for this one. Stahlzahn might be able to heal damage eventually, but something like the injury to her leg would take a long time, and there was the damage to her lungs to contend with as well.

Breathing in volcanic air had been bloody stupid, she acknowledged, but the whole point of the thing had been to trust the sword - to prove that trust - and so she’d needed to lay her life on the line, for what she’d believed in. Or maybe she hadn’t, and she was just making things harder on herself. Or maybe she had, but only because she had believed that she had to. The notional Eldest did not precisely make scientific sense, after all.

She’d also considered transferring back to the government. No doubt someone on Dr. West’s team could have helped her - but it wasn’t safe there. Terminus knew where it was... and unlike a regular hospital, she didn’t think he’d stop from violence to get at her, if she’d gone back there.

The thought stung, more than the injuries. The doctor had shifted, setting his clipboard aside, and a spike of pain from her leg made her grit her teeth. “Feel that? This is...” A glance to the clipboard, though he wasn’t close enough to read it - likely a habit, mentally reviewing what he already knew. “Lava, you said. How did that happen?”

Teja met the inquiry with silence, reminding herself that he had to ask. It was his job, and he was doing it - just like she tried to do hers.
“It was...”
A hesitation.
“...An accident.”
.

He met her eyes for a moment, and she could see in them that he knew that tone. Teja returned his gaze, unwilling to back down. She could tell that he wasn’t happy with that response, but it was the one he was getting. His nod didn’t believe her, but set the subject aside with a sigh. “This is going to have to get scraped off. I’d strongly recommend putting you under, it’s not going to be pleasant.”

Teja shook her head.
“Can’t. I have to stay conscious. If I pass out, I’ll discharge. People could get hurt. People will get hurt.”
Not just those near her, but other patients - her electrical discharge might interfere with whatever sensitive instruments were in use. Things like monitors, x-ray machines... ventilators.

No, she couldn’t afford to be unconscious. Not here. Hospitals...

Once again, she made herself breathe.

“I understand.” He gave her a skeptical look, over the tops of his glasses, “Is this going to be the point where you tell me you want to tough it out? Because this is going to be extremely painful.”


“No. I’m not crazy.”
Perhaps that was arguable... but not here. Not right now.
“No general anesthetics. Nothing that will interfere with my clarity of mind. I need to focus so I don’t discharge. Locals are fine. Spinal block’s fine if that’s your recommendation. Just... get the debriding done and get it bandaged up. The sooner I’m out of here, the safer everyone will be.”
.

He nodded, poking at the leg again in a way that drove further thinking about things out of her mind. There was a slight frown on his face. “I’m going to have to take a lot of this off with a scalpel.” A pause, then a quiet sigh. “Ms. Docesznic... I think you already know there’s some pretty deep damage under here. We’re not going to know how bad it is until we get in there. But... I think you should be prepared that you might lose the leg.”


“No.”
Refusal - or denial. Her hand moved, to the blade beside her, a comforting weight beneath her fingers.
“No.”
More calmly now, determined.
“I don’t do prosthetics. I want my own body.”
.

“Even if that means you don’t walk unassisted again?”

She hesitated, then inquired, directly,
“Will it?”
.

“It’s too early to tell. But... it would be best to prepare for that possibility.”

Teja thought about it, then nodded slowly.
“The sword will heal it. Eventually.”
It had managed the arm, after all, after the last time she’d been injured in a volcano. For a moment, she almost smiled, then leaned back and let herself believe.
“I just need time.”
Her fingertips stroked the blade, calm and certain.
“Time... and faith.”
Capacitor
The God-Damned Lightning
Astra
A Manufactured Deity
Prism
Like, Totally Brilliant?
Eternal Flame
Pax City's Phoenix
BBCode Grid Guide
Top
Post Reply
1 post • Page 1 of 1