GHOSTWISE
adjective
:marked by a keen understanding of the paranormal.
“nightbreed dread the touch of iron cold-wrought”
1. The Great Wheel
"On the palatial orrery of planes."
2. Thaumaturgy and the Occult
"On the known paracausal methodology."
3. Arsenal
"Inventory of thaumic instruments."
4. The 'Breed
"On the things that go bump in the night."
5. Groups of Interest
"List of paranormal organizations."
6. People of Interest
"Account of known actors."
7. Places of Interest
"Index of altered locales."
8. Objects of Power
"Altered items with possible parautility."
9. AWEs
"Altered World Events."
[NON-CONCLUSIVE] 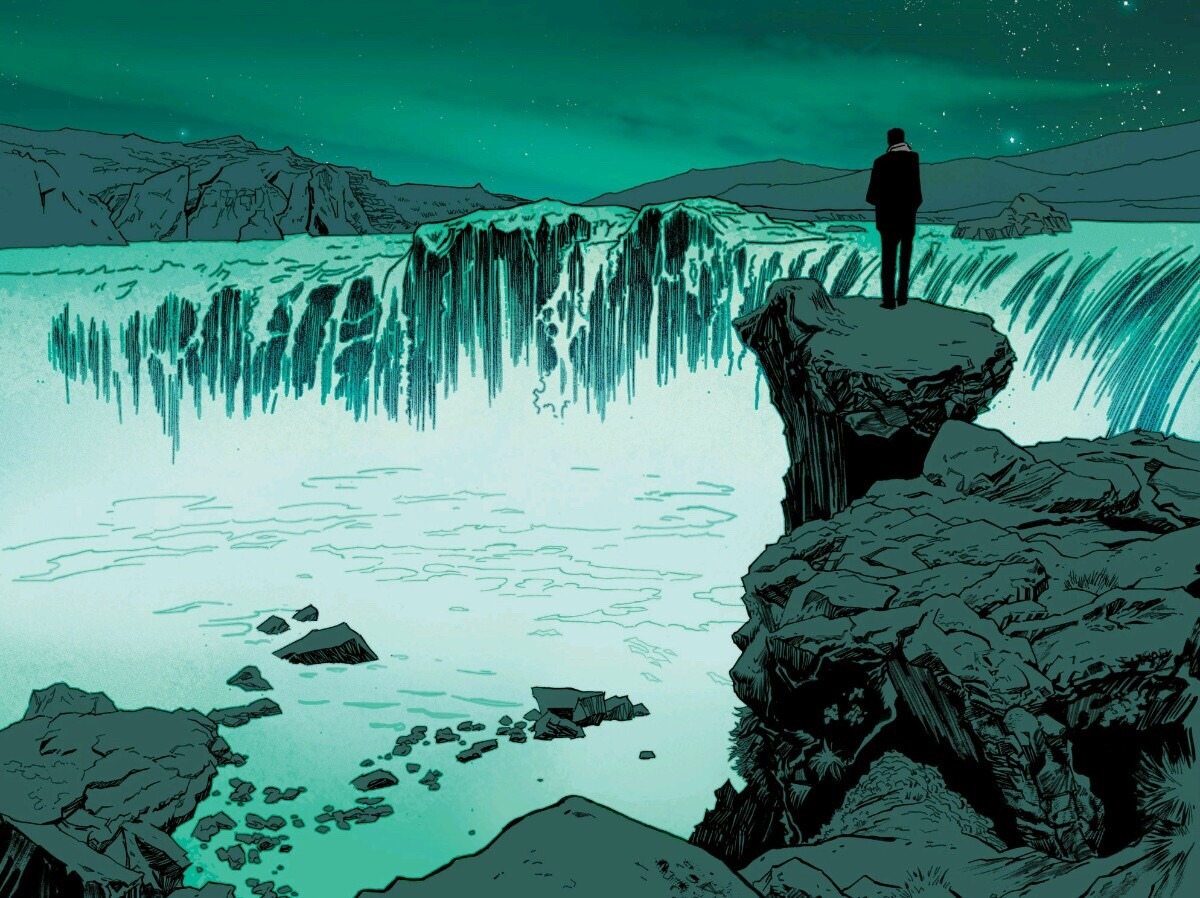 The Great Wheel is a cosmological model subscribed to by a substantial portion of the paranormal scene. Described as a complex, comparatively cosmopolitan place in which the entities of many worlds and pantheons mingled, and the beliefs of many faiths and peoples bleed together across a set of extradimensional planes and demiplanes.

Many understand the Great Wheel as an extension of the Proto-Germanic World Tree myth. It is unknown how many spheres this model exactly entails as there are records of planes appearing and also disappearing at seemingly random intervals. There are, however, such dimensions whose nature is not as fleeting though it may be wilder because of that.

A classical example is the Astral Sea, also known as the Dreaming and the Maelstrom, which is kept aloft by the raw psychic scaffolding of sentient life. Or the planes that seem to be shades or refractions of the Materium such as the Shadowfell, where the world is dreary and sapped of color.

Generally speaking, Sleepers (people oblivious to the more esoteric aspects of the universe) cannot liberally hop from one plane to another. Though some dimensions occupy the same space, their frequency is fundamentally different. Even parautilitarians have a hard time crossing these boundaries. There does exist a sembeance of liminality that is enforced and even embodied by inhuman entities that can facilitate planar travel.

Thresholds mark a point in space where the barriers grow thin. Thin enough that even a Sleeper can use it to traverse from one adjacent plane to another, but the direction is restricted only to the two conjoined dimensions. Bleedthrough can occur at certain Thresholds and it is often how one can find one. These natural portals are often heavily monitored and guarded by interested parties making their use for personal reasons very difficult. Unattended thresholds are even rarer.
.
[NON-CONCLUSIVE]
.
.
.
DREAMTIME
noun
: the time of creation in the mythology of the Australian aborigines
“it is easy to lose oneself in the night”
The Astral Sea is arguably the most tumultuous plane in creation. Completely devoid of an innate order due to the surplus of vectors acting upon it. Instead, it exists as a sort of 'mud world' shaped by the beliefs of trillions of dormant psychics across space-time as well as by the collective thought-stress of the human race. Therefore the plane is in a permanent state of flux, changing topography rapidly and decisively.

The plane itself predates humanity by an unimaginable amount of time. Acclaimed arcanist Daud van der Moor states that the Astral Sea had drank the mythical magocracy of Atlantis some 9000 years BC.

Over the centuries, there have been multiple attempts at charting Dreamtime but none of them were entirely successful. They did manage to prove that certain demi-planes, pockets of space less chaotic in nature, exist within the Sea. These locales maintain alignment from one another, allowing them to be used in navigation. However, concepts like distance aren't constant in this infinity.

These demi-planes themselves may appear infinite on the inside. Some emulate with a particularly strong belief or myth, others seem to be broken nascent dreams of stillboen children. Horrible fate awaits those unfortunate enough to enter such quasi-realms. The Astral Sea is an incredibly predatory ideaspace even for a seasoned somnonaut and staying longer than 8 hours of Earth-time is unadvised.

This complicates things futher as the very experience of time is incredibly hastened inside due to the unshackling of mind's unconscious processing power. Ordinary people's dreamselves are generally self-absorbed and ignorant of the larger reality of Dreamtime as they aren't completely connected to it. Instead access is some intuitive, primal thing and they forget fine details of their stay after waking.
[NON-CONCLUSIVE]
"TOHU WA-BOHU"
Top

2. Thaumaturgy and the Occult

Thaumaturgy is an umbrella term used to decribe any paracausal phenomenon that has been induced by a parautilitarian or adheres to a set of rules, conventions and/or beliefs of an occult system. Etymologically the word is derived from Greek θαῦμα thaûma, meaning "miracle" or "marvel" and ἔργον érgon, meaning "work".

Conventional thaumaturgy is tied to an origin point. This can mean a wide variety of things, each following different 'logic'. Most modern practices are tied to objects and or phenomena, drawing from elemental sources of magic to induce change in a physical system. Human Sources are very rare and often unrestrained. Their lack of discipline always invites doom and misfortune and thus self-made, complete Sources are nigh-unseen. A Source is a type of parautilitarian.

Imagine a newborn star in the night sky and you begin to glimpse the untamed potential of a Source. Once they begin radiating their 'light' others will be able to sense it should they be so equipped. It is not uncommon for Sources to gravitate to each other and it even more common for a Source to be taken in by a trained practicioner months before they activate. Most likely this can be attributed to the use of divination magic.

There are also things in the universe, hungry things, that will want to drink from the wellspring and also organizations like the ACF that have taken it upon themselves to hunt those things and the Sources themselves.