A place for those who dabble in paint. Or, you know, pixels. Because they matter too.
Forum rules
Post Reply
58 posts

Awww! Thank you so much for the compliment <3333
Top

Thanks Kanind ;-; This really cheered me up! Especially since I've been going through a few bumps lately regarding to drawing, and have to constantly remind myself that I'm doing this for myself :'))
Top

Sometimes my artstyle goes into this really weird territory of being semi-realistic?? (Tbh, is it even?) Been told that the first pic looked like something that came out of Jojo's Bizarre Adventure (I'll take that as a compliment since I love JBA) 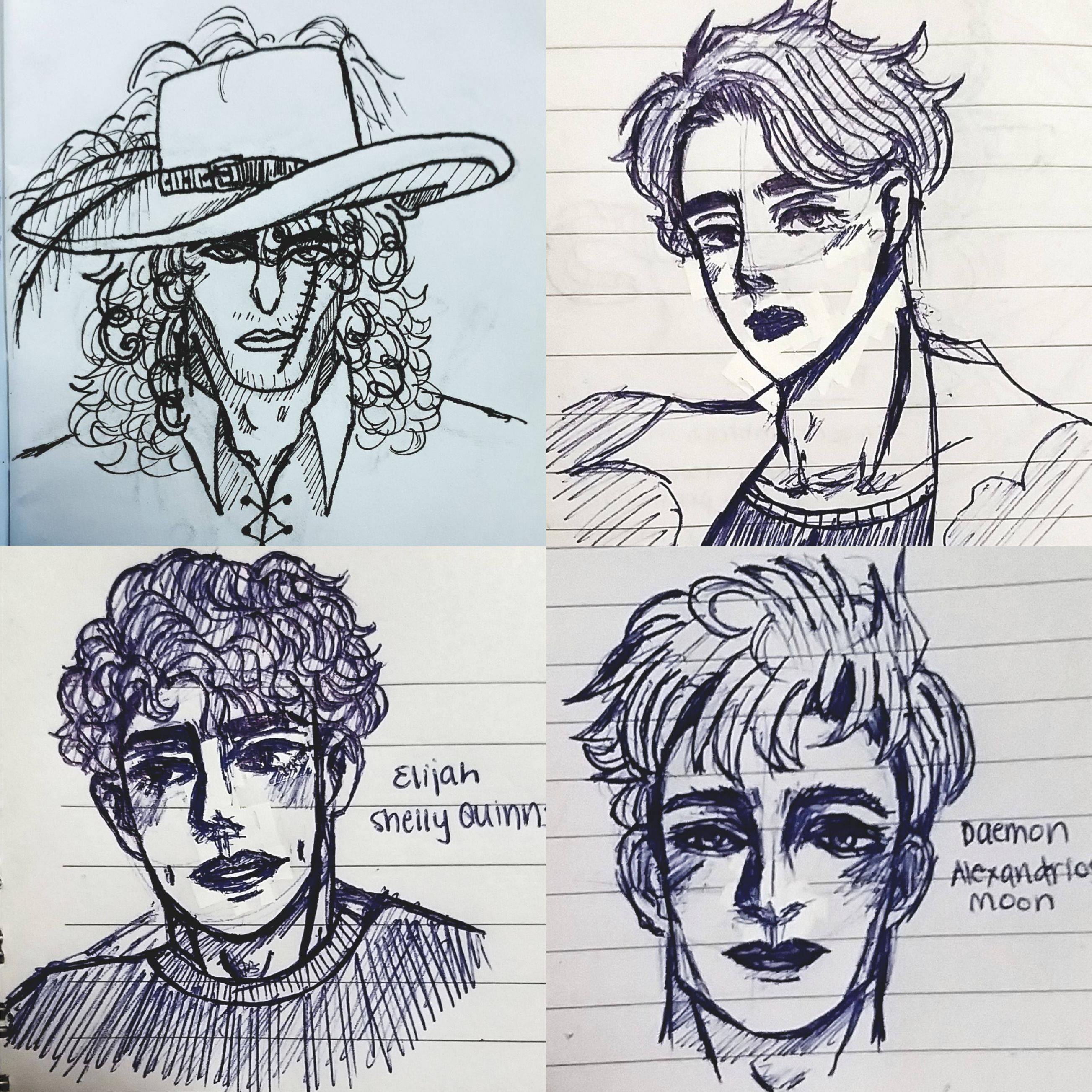 They're all original characters! The first one being for an ongoing roleplay 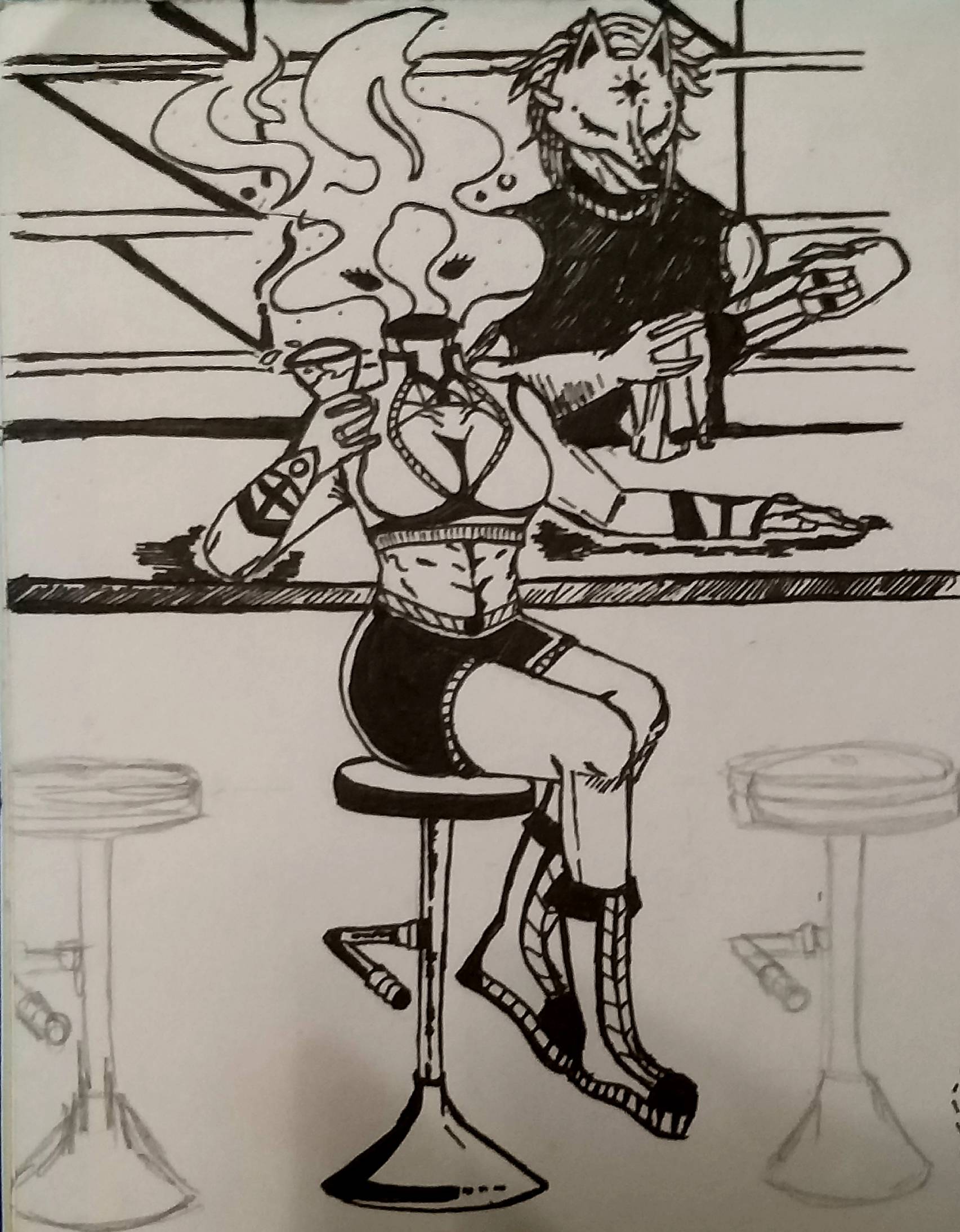 My birthday happened like approximately two months ago, and with whatever's happening, I couldn't hang out with any of my friends but that didn't dampened my mood (kinda). This was done on my bdae as a self-indulgent piece on one of my very few female characters, Volkanique, or Nikki for short. I ain't very good at making female characters, and avoid the hell out of making them for fear of not doing them justice. So I went about avoiding doodling their faces and just went with inanimated objects as a replacement.

The piece is W.I.P, probably will continue to be so until I find a proper pen in this house AHAHAHA.
Top 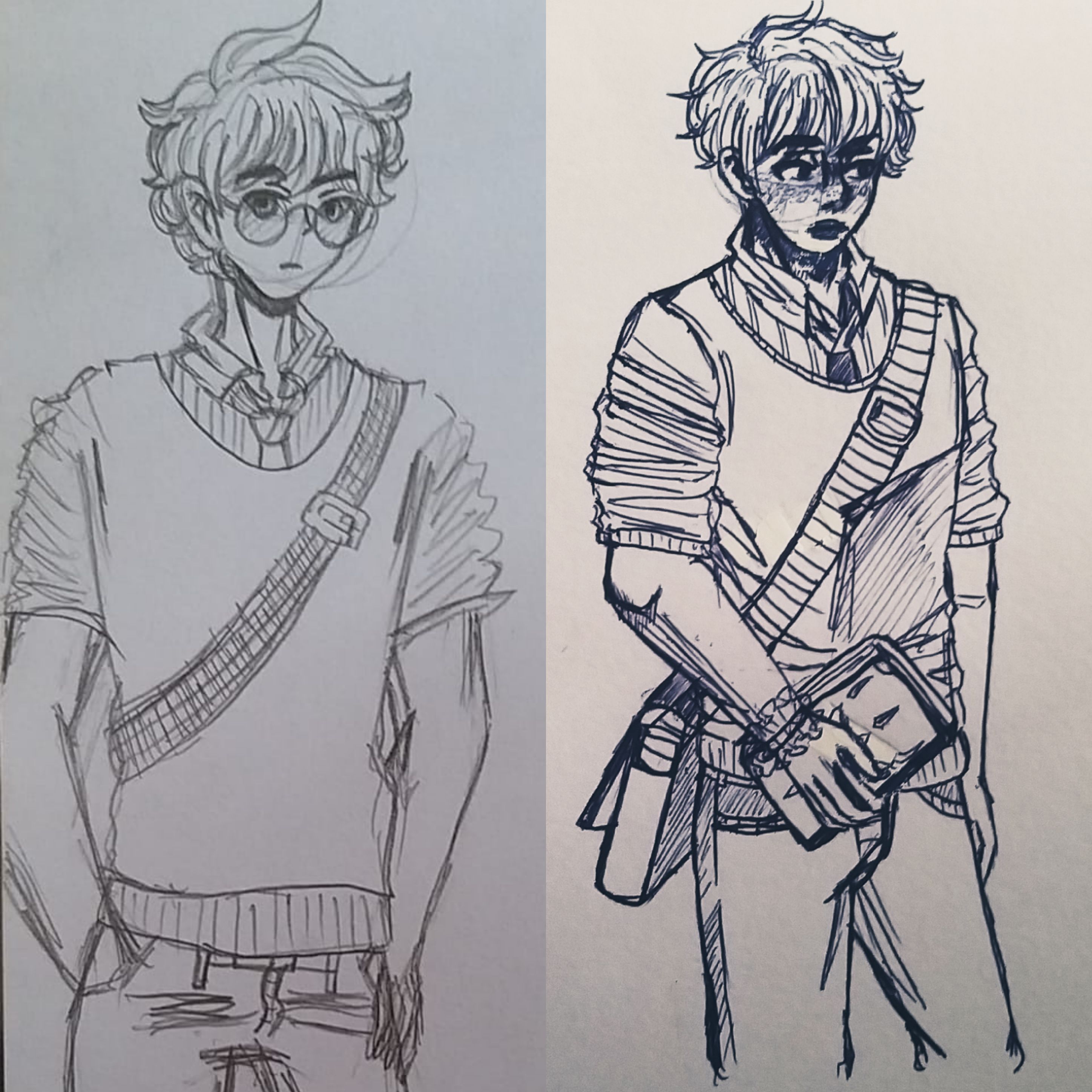 So, before and after doodles of my very first and comfort OC, Kylemore "Kyle" McCree. Not sure if it applies to everyone here, but do you have that one original character that you constantly doodle over and over and over again because it feels safe, normal, fun and just overall gives you a good feeling? That's what Kyle is to me (he's something personal, kinda like my own son lmao). The left side was done somewhere in October last year and the right side was pretty recent in April. I remembered being so proud when I doodled Kyle after long time in October, and doodle him again this year. I think I improved...? Tbh I don't know, bleaugh.
Top 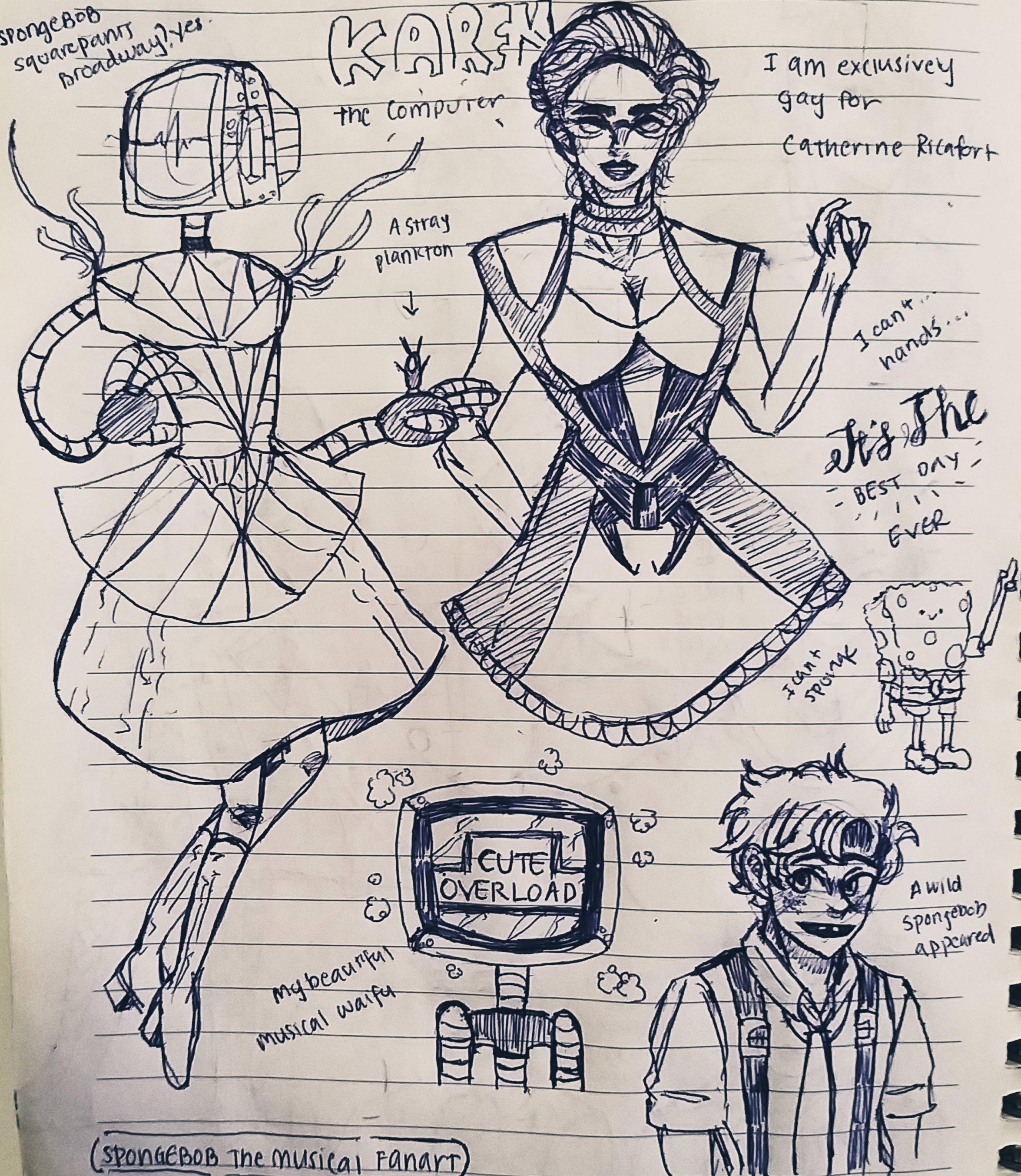 SPONGEBOB SQUAREPANTS THE MUSICAL ON BROADWAY DESERVES TO BE TAKEN SERIOUSLY

Thanks for coming to my TedTalk v.v

But honestly tho, just random doodles on one of the musicals I have decided to continuously (and obnoxiously so) to blast out loud in my apartment and annoy my entire family with. Catherine Ricafort (who plays Karen the Computer <3) has ripped my heart out of my chest, stomped on it, poured hydrochloric acid all over the remains and toss it into the paper shredder machine before serving it to me for dinner. And I enjoyed every second of it -- 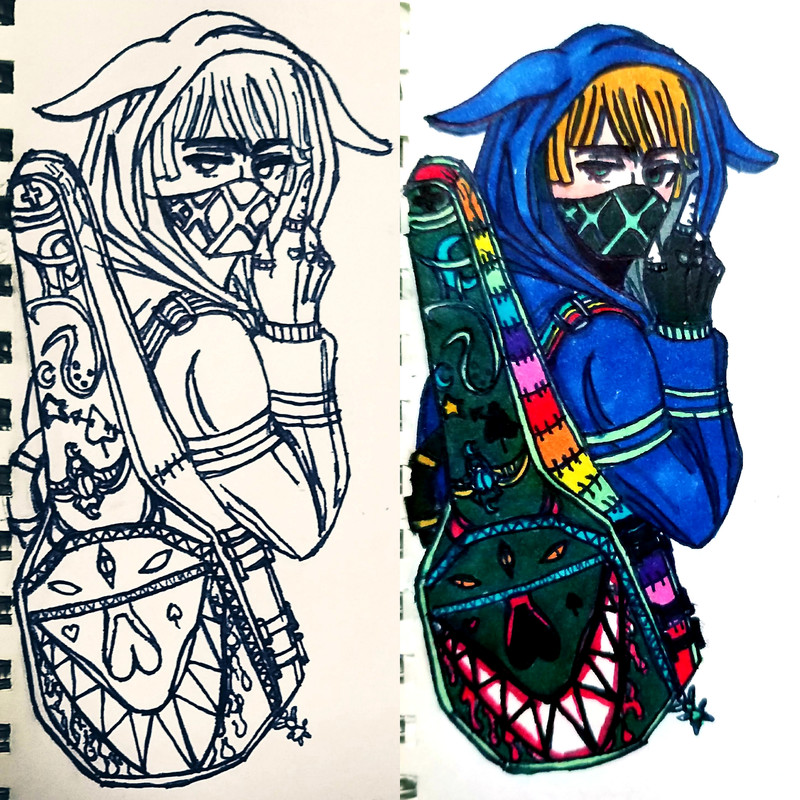 An old RP character I no longer play with :')) His name is Ahzentorey Jarwon, or Zentor for short :DD (The lineart and the coloured version) 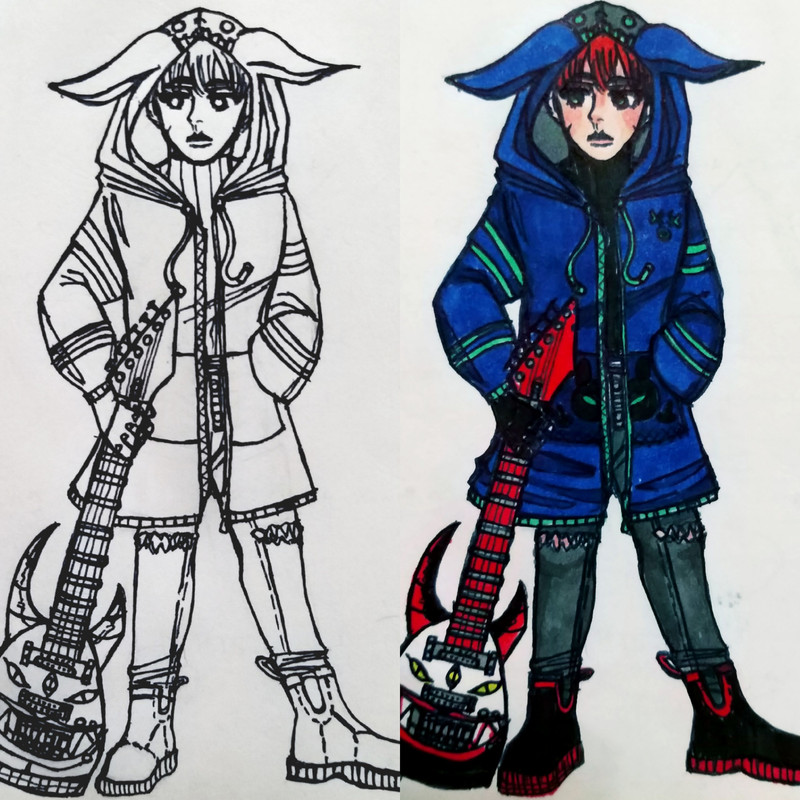 I love this child, so I did another doodle based on him v.v

He started out as an abandoned rp character (it's been forever since I roleplayed so AHAH) and now he's become more of an emotional attachment chara? Thinking about him made me reform his entire design, name and backstory sksksksks.

His name is Zenith Clementine, or Zen for short and is currently a ten year old boy living in a quaint little cul-de-sac. Fun fact; his mother named him Zenith because she is a GINORMOUS astronomy nerd and a local meteorologist. Zenith, in astronomy, indicates the highest point in an arc travelled by a star or a celestial body (so basically calling him her "little star" in a sense). Anyway, this kid is currently in a band called "The Last Epidemic" because him and his friends thought it was totally rad (cut them some slack, they're kids).

His stagename is "Zentor", because he wanted a cool sounding name and just decided to mash his name together with the Terminator because nothing is cooler than a near indestructable robot. He was called "Zeminator" at first, but he didn't know how to spell it so Zentor it is v.v He's the guitarist and back-up singer of the band