One x One Lover Shop

RP here if you don't want to worry about guidelines or length. (4 sentences or less per post, on average.)
Forum rules
Post Reply
28 posts

Personality: Thomas is reclusive. He doesn't like crowds or being around people often. In the presence of others he's typically quiet, nervous and awkward. He spends most of his time shut off in his apartment.

Skills you chose for the model: Cooking, Singing, can play a variety of instruments, knitting, Can draw.
Top

Awesome! Your accepted. I'll get our rp up shortly!
I'm the android sent by cyberlife.
Top

Quick question though, Thomas would most likely be home when the 'package' arrives right? And advance warning my intro post may be a little short.
I'm the android sent by cyberlife.
Top

Most likely, Yes. Eh, don't worry about length. If that's all you can get out at the moment, it's fine.
Top

Also while I am thinking about it, @Apophis the roleplay is mostly inspired by the manga Absolute Boyfriend. What is Chobits about?
I'm the android sent by cyberlife.
Top

I don’t know why this grabbed my attention, but it did, and here’s my CS for it:

Personality: Nikolai is a very quiet, soft spoken young man, and is known for how much he can fade into the background at times. He’s smarter than most people when it comes to a lot of things, but he struggles to understand relationships to the extent that he has bad luck when it comes to trying to enter one. However, he’s expected to eventually take over his family business, and since he was groomed for it, he’s unsure if he really wants to follow in their footsteps. He’s very musical, having a wide knowledge of different bands, musicians, and singers, and he comes out of his shell the most if he’s listening to rock. He takes rejection harder than other guys, and while he won’t admit it, he’s the most sensitive person he knows. Nick will eventually warm up to his lover once he has a chance to really break out of his shell, and he will be more open to affection with them than with anyone else once he does.

Likes: Dislikes: Bio: Nikolai is the heir to Winters Security, a worldwide security company that specializes in both security systems and contracted security personnel that’s been active since the turn of the twentieth century. While his parents can put on a show of being the perfect couple, they were known to fight endlessly behind closed doors and had extensive control over their sons. As the elder of the two, he was expected to be good at a variety of things, and yet had trouble finding a girlfriend who was capable of not only being up to his parents standards, but one who also wasn’t going to use him just to spend his money if his mother set him up with a girl for a date. After high school, they relaxed their grip to the extent that they could choose who to date, but he was still expected to take over once his parents begin their retirement. Then came the news: his father was sick, and in a few weeks, there would be a gala to announce their retirement due to this, and he was expected to take over with a capable woman at his side. After the latest rejection, Nick decided to take matters into his own hands once he learned of the site, and modified his lover to be a good match for him while also being someone who could meet his parents standards.

Either way, there was no turning back now that he ordered one from the site. 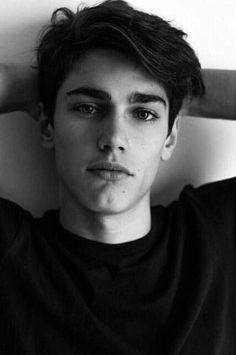 Which model series you chose: BL [01]

Skills you chose for the model: Good singer, good cook, able to care for animals, knowledgeable in playing different instruments, and can budget.
"It's only a nightmare, and soon we'll be set free." - NateWantsToBattle
Top

Accepted Light! I'll get our rp up a soon as possible, would Nikolai be home when the package arrives or?
I'm the android sent by cyberlife.
Top

Hey Artsy sorry I went AWOL but my weekdays are for IRL time, but I'm back and hoping I can still make a CS for this. If you already have enough based on this it's cool, just let me know.

Also I asked my wife about the Absolute Boyfriend manga....she wouldn't stop telling me about it all week. She even attempted to force me to watch the live action version lol.
Top

He’s going to be home, but the neighbors will be giving him weird looks as he brings it in.
"It's only a nightmare, and soon we'll be set free." - NateWantsToBattle
Top

@Quintillian sorry I took a minute to reply! I forgot to bookmark it.

@CrashJr you can make a cs! I get s little busy during school and such but I'm sure I'll be fine! Also, nice! I hadn't even realized there was a live action version of it lol. Is it any good?
I'm the android sent by cyberlife.
Top
Post Reply
28 posts